By drivers / January 5, 2022 / Blog / 0 Likes
Located within central Cyprus, the Troodos Mountains are becoming increasingly popular with tourists for the cooler climate offered away from the blistering coasts. The mountains are dotted with hiking trails, lookout spots, picnic areas and even skiing slopes. Find out the best places you need to uncover with your hire car below.

Once used to provide timber and copper for the construction of ships and weapons throughout the Mediterranean, the area also provided protection from foreign invaders and for the Orthodox church. This led to the wealth of monasteries and painted medieval churches found here.

The shady environment is host to many walking or cycling trails, permitting access to some incredible mountain top views. Birdwatching is also a popular activity, with the region known for rare spottings of the Bonelli’s eagle. The Cypriot mouflon (wild sheep) is a more common sighting.

The southern slopes of the Commandaria region house vineyards with a handful of wineries offering tours. The altitude that the grapes are grown at strengthens the taste of the wine. Be sure to sample the ancient red wine, Maratheftiko along your journey. Tsiakkas Winery should be on your itinerary- check their opening times direct before you head there.

The area has been a national park since 1992 and has 4 specified nature reserves. Tourism is being developed as many young people choose to leave for the coastal areas or even other countries. Roads are being upgraded and many traditional houses are becoming hotels and restaurants. There are 5 main areas within the park; Troodos, Marathasa, Pitsilia, Machairas, and Solea.

The village doubles as a ski resort in the winter as this region surrounds the highest point on the island; Mount Olympus. Four ski slopes are accessible here, as well as numerous hotels and restaurants, hiking and cycling trails.

In the largest resort of Platres, follow the signs from the church through rocky cliffs to the Millomeris waterfalls, the largest of which extends around 15 metres. From the village you can also access the Caledonia waterfalls which is also signposted. Continue further along the trail for some scenic views. Be sure to wear appropriate footwear when visiting either of these falls- flip flops won’t be suitable year-round. At least wear trainers to protect your feet. 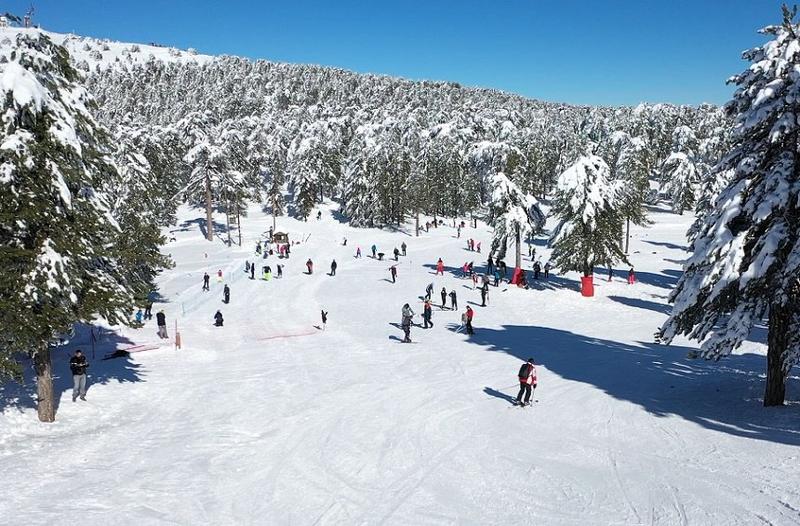 The area is relatively untouched by tourism so contains a lot of natural beauty. The conditions here are great for growing cool-weather fruit such as apples and cherries. Locate the three painted Byzantine churches that sit along the Marathasa river. Kykkos Monastery here is the best-known monastery in Cyprus. It offers some incredible scenic views and has a unique charm. Although the vast majority of its original 11th century features have been lost over time, there are many paintings and murals to behold. The icon of the Virgin Mary remains hidden behind a veil as legend has it whoever looks upon the icon will become blind. 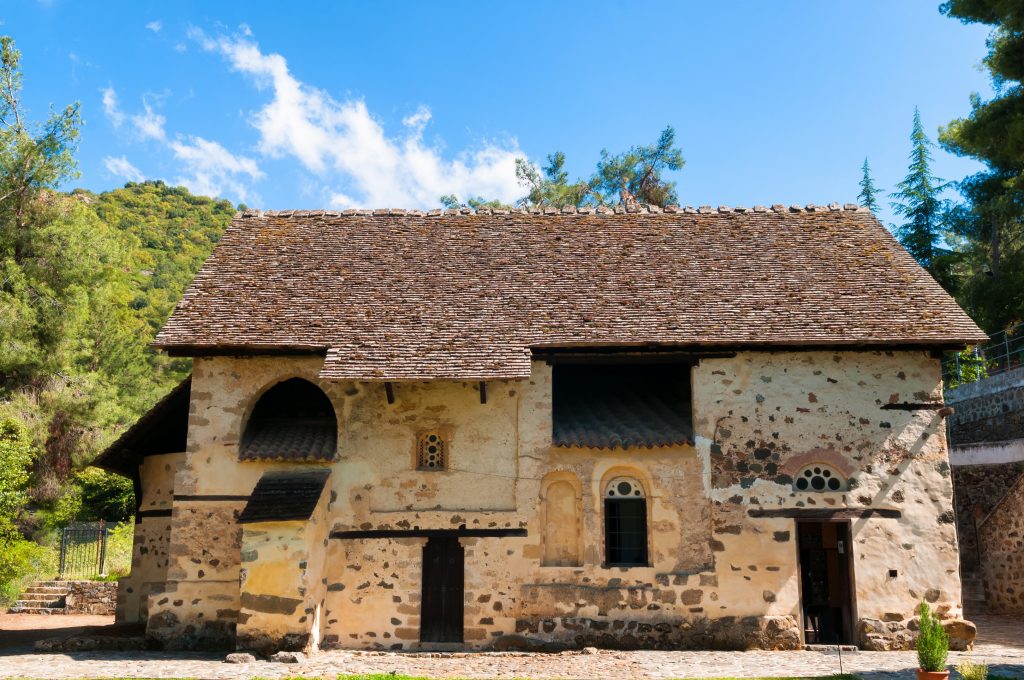 This area is popular for day trips as it straddles the main road to/from Lefkosia. Visit the UNESCO World Heritage Site, Agios Nikolaos tis Stegis Church, near the village of Kakopetria. Be sure to check it’s opening times before you set off though as the area is enclosed by a fence and is not visible from the road. It has a quaint roughshod structure and houses paintings right from the 11th century through to the 17th century.

Evrychou should be a must-visit for all railway enthusiasts. The Cyprus Government Railway (CGR) was not an economic success and so eventually its track became abandoned. Here, you will find one of few remains; the Evrychou Station, now a museum to the CGR. Take a look around photos, models, memorabilia, and rolling stock. 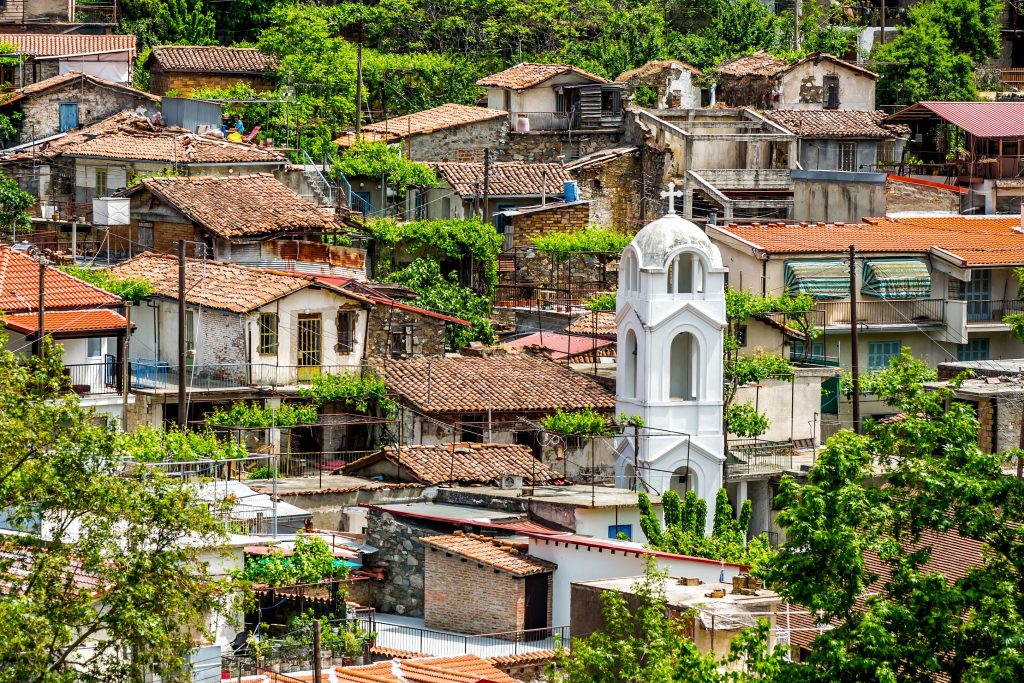 Again, not a heavily developed area, lacking in hotels with villages few and far between but it remains another great base for a day trip or two. Worth a stop is the museum village of Fikardou, a great example of life in the 18th and 19th centuries. Walk among the traditional 2-storey houses, taking in the incredible views. Two of the old houses here are open to the public. One, the House of Katsinioros has been transformed into a rural museum. It’s filled with furnishings, tools, utensils, and photos, plus plans and texts demonstrating the process of preserving the village. The House of Achilleas Dimitri has become an example of a weaver’s workshop.

Since 1989, Z & X Drivers Rentals Ltd has been providing excellent service and quality vehicles throughout the Paphos area and is a leader in the local Cyprus car rental. Our customer service team will be very happy to answer any questions you have about Car Rentals Cyprus.